This article was originally published in The News-Enterprise on July 16, 2019.

Todd Yancey and Matt Howe may be new to the Elizabethtown area, but they are no rookies when it comes to success in the sports industry.

Yancey, general manager of the Eliza­beth­town Sports Park, and Howe, tournament director, had a major challenge waiting July 1 when Sports Facilities Management officially took over as the third-party operator of the sports park.

Their first tournament in charge was the Youth Baseball and Softball Nationals. Yancey last week said it also is their biggest tournament with more than 70 teams on campus.

“We were happy to hit the ground running with that one,” he said.

Yancey came to the sports park with multiple years of experience in the sports management industry. He was the first full-time salesman at Ballparks of America then took over director of operations for the first full season. After that, he led the sales and marketing strategies between the 2017 and 2018 seasons while taking over in the general manager position.

Howe came to Elizabethtown from Tulsa, Oklahoma, where he worked for the Tulsa Sports Commission. While Yancey came more from the baseball side of things, Howe worked more with soccer and other grass-field sports.

“I think when you look at Matt and I and our backgrounds there were reasons why we were chosen. I come from the baseball side of the world. Matt comes from the long-field, multipurpose side of the world,” Yancey said. “So bringing our experiences together and being able to learn from each other and bring those events from both worlds is what will really help this park.”

Howe said he worked with a facility that had 17 fields, but it doesn’t hold a candle to the Eliza­beth­town Sports Park.

“That is what really blew me away and sold me on this place. If I can’t sell this place then I don’t need to be in this business because this place, I think, will sell itself,” Howe said.

Yancey said the idea coming in July 1 was status quo.

“The park runs phenomenally already. The city did a great job. This park is known for being a perfect park across the industry,” he said. “I just want to make sure we main­tain that so it is status quo across the beginning.”

Moving forward, look­ing at 2020, Yancey said they are going to seek out the best partners they have and keep those tourn­ament holders in place, look at adding a couple of their own events and are going to put the handicapped accessible Miracle Field to use. Located near the park entrance, it is baseball field that’s fully compliant with the Americans with Disabilities Act.

Yancey said they also look to host about three community events in 2020.

“This is a park that belongs to the city and we want to make sure that the community feels welcome to come out and enjoy this park as much as all the other people from around the world,” he said.

Yancey said some community events may not be sports related.

Along with being a city park, Yancey said the Elizabethtown Sports Park also is designed to build economic revenue and economic impact through travel sports tourism.

“We are going to look to drive those goals while making the complex available to community members,” he said. 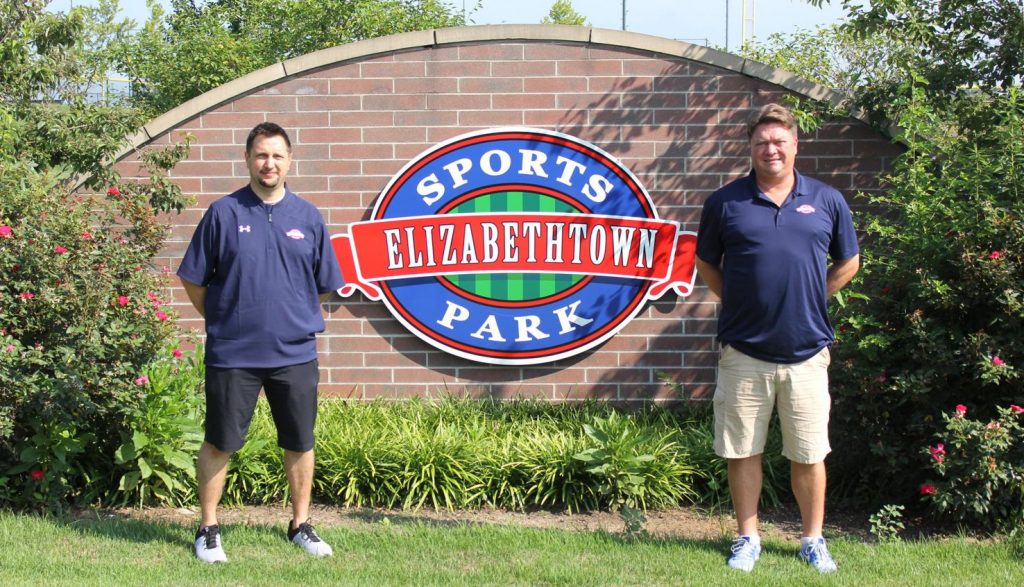